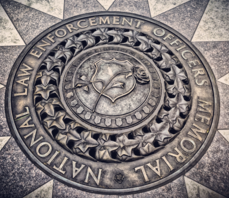 Please consider making a tax-deductible donation today to help us turn our vision into a reality!

​​​(MADISON, WIS.) – In 1962, President Kennedy proclaimed the week of May 15 as ‘National Police Week’, a time during which our country annually recognizes those officers who have lost their lives in the line of duty. To raise the public awareness of this week’s importance, and to honor all those who serve in law enforcement, the Wisconsin Law Enforcement Museum of Valor (MoV) is going to the airwaves with a statewide radio ad that will run through May 19 on the over 80 affiliated AM and FM stations served by the Wisconsin Radio Network.

“Our public safety and the quality of life that we enjoy come at a cost, and it’s fundamentally important that we salute the officers who have given their lives to protect us, and those that continue to risk their lives every day,” said Museum CEO Jim Palmer. “With the latest statistics indicating an increase in the number of officers killed in the line of duty, and especially when Wisconsin has tragically lost three brave officers just in the last year alone, it’s more important than ever that we recognize the law enforcement community’s critically-important service and sacrifice.”

An independent, charitable organization, the MoV announced its formation in 2014, along with plans to build an exhibition facility in Madison to display historical stories of law enforcement courage, a police motorcycle photo booth, squad car simulator, and an interactive bomb-disarming robot, among other educational features. Former University of Wisconsin basketball coach Bo Ryan serves as the MoV’s honorary chairman.